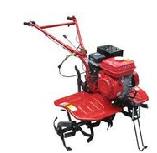 In the past year or two, Liang Wengenâ€™s schedule was significantly more full than before, and the location for business trips was significantly more. The "private heavy-duty worker" used more than 20 years to build China's largest and sixth-largest engineering machinery kingdom. Now, Sanyâ€™s industrial base is spread all over Beijing, Shanghai, Changsha, Shenyang, Kunshan, Zhuhai, Urumqi, etc. in China, and is distributed in India, the United States, Brazil, Germany, and Indonesia all over the world.

This year, the leader of the construction machinery company and his company together have received unprecedented attention from all walks of life. Several major events are even more significant. For example, the acquisition of Putzmeister in Germany (commonly known as the elephant) made China The concrete machinery business has stabilized at the top of the world; prosecution of Obama, Chinese companies for the first time took up legal weapons to say â€œnoâ€ to US trade protectionism.

"It all stems from the entrepreneur's constant pursuit of transcendence." In announcing the winning reasons, the organizers commented on Liang Wengen. This year, the theme of the "China's economic year" selection is precisely the "industrial mission."

In fact, Liang Wengen was elected "2005 CCTV China Economic Person of the Year" seven years ago. This year, he led the Sany Heavy Industry, due to the success of the first shareholder restructuring reform shot into the history of the development of China's securities market.

At that time, the "bear-like" Shanghai Composite Index fell through 1,000 points. China's capital market and large and small investors suffered heavy losses, and the A-shares clamored for one after another. Liang Wengen said to the China Securities Regulatory Commission: "We are willing to be a pilot field for China's securities market reform!" He decided to "pay no cost and only succeed" with the determination to pay 3 million shares for 31%, and vote in the shareholder vote. 93.44% of the high votes were successfully passed.

â€œThe responsibility of the country is greater than the profit of the enterprise. Compared with the progress in promoting the reform of the entire capital market, the gains and losses of the companyâ€™s own interests are insignificant.â€ That year, on the podium of â€œChina's Economic Yearâ€, Liang Wengen said. In fact, the stock reform was not the first time that Liang Wengen had done a â€œtest field.â€ To a certain extent, Sany itself is the product of Liang Wengenâ€™s creation of an experimental field.

In the more than 20 years since its founding, Sany has often demonstrated the "Dare to be the best in the world" campaign, and has been born out of Liang Wengen's "experimental field" complex in his youth.

After graduating from Liang Wengen University, he was assigned to the state-owned enterprise Hongyuan Machinery Factory and was soon appointed as the deputy director of the Commission for Restructuring the Society due to his excellent knowledge.

However, the old system obviously could not be reversed overnight under his passion. In the end, he chose to work with like-minded partners to break the iron rice bowl and start his own business with the ideal of being an experimental field in China. After several twists and turns, Liang Wengen rooted his career in the field of equipment manufacturing. Why choose equipment manufacturing? Liang Wengen said: "A strong country must be a country with strong manufacturing capabilities, and a country with strong manufacturing capability must be a country with a strong economic power. The vast China cannot import a modernization. We must seek out the development of the 31st. The development of Chinese industry."